Let’s take a break today from all the Left brain activity consisting of helpful facts and materials about Anger and Anxiety. Let us slip over to our Right brains and connect to the subject in the intuitive, feeling, and creative realm.

I find writing poetry a wonderful outlet for creativity (by that way, expressing our creative energies decreases sensations of anxiety), as well as for off-loading excess emotional energy and anxious activation caused by big feeling states.

This first poem was written years ago as I finally became aware of the old Anger still living in my cells and belly, that had been lurking mostly under my conscious awareness. (I bet the people closest to me were aware of it but I was mostly clueless.) So, when the Anger got so big I could no longer smother and ignore it, I became aware of it but had no idea how to express or get rid of it. I felt terrified and constipated by this stuck angry place inside of my body. So I wrote this poem entitled, “Lucky Bastards”.

in the castle of my heart

the key lost, some years ago

by my careless hands,

a stage, on which to play a life,

others praise, to the middle tint

and bouts of rage, marring the pretense

of perfection and poise.

Princesses can sulk and pout

but rage is beneath them.

It’s the province of paupers and Princes.

I watch as they rant and rage,

perched decorously on my perfect stage

The second poem was also written a long time ago. My early work as a new therapist trying to support abused clients, was one of the catalysts that brought the beginnings of awareness to my own anger. This Anger, left over, from my own early years of being mistreated; at home at times, school bullying, abusive Spiritual leadership, and maltreatment from tyrannical nasty bosses. Not only did I feel my body’s truth, somehow I was still pissed about it all. Now I was also becoming more aware of new Anger arising. Infuriated by hearing the horror stories coming out in my counseling sessions with teenage clients. Many, of whom, were being mistreated and/or not protected by their parents. This poem arose from my body, almost like vomit from the belly. A visceral response to the counseling work with these young women.

“Helpless Rage for a drowning client”

My rage is hidden, shy, sly.

It rises and I turn to look

The parents are killing her, I say.

But the Bureaucratic bunglers don’t stop them

everyone looks the other way

and she is drowning in front of my eyes.

I give her a breath of clean air

here and there, but stand aside,

while they murder her by inches,

and hack her soul to bits.

I want to stab them, slash them

into ribbons, and feed her their flesh

but it will do no good

nothing does. So I take up

and give her another breath.

As you could probably tell from the poems, at that point in my life I had not learned yet to healthily experience and express my Anger. These skills did, and are continuing to, come, but it took professional support and years of work.

We will talk more about Anger and Anxiety in the next blog in this series, focusing on a few of the problematic outcomes from refusing to accept, acknowledge and deal with old or current hurt and pain. These outcomes, Anger’s cousins, are called Bitterness and Resentment and they not only make us, and our loved ones, miserable but they cause tremendous anxiety. And finally, we will focus on healthy Anger.

Please send comments that let the rest of us know about your own struggles with Anger and learning how to deal with it in a healthy manner. We can always learn from each other in every aspect of life. It’s one of the things that makes life worth living.

In a great mother and daughter bond, anger is still allowed.

1.)  What is your visceral/body response to either or both of the poems? Now, what are your emotional and mental responses?  Can you relate to the struggle of buried anger?

2.) How do you deal with old hurts and wounds? Most buried Angry/Rage comes from being harmed or betrayed by our loved ones or other humans. Are you able to confront and move on or do you carry old somatic sensations of Anger and pain inside? 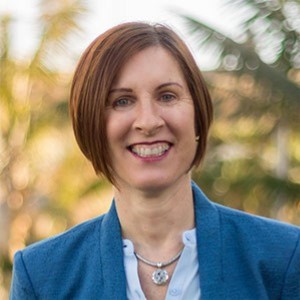